Notice: The page may contain affiliate links. Trendinbuzz is supported by its audience. When you purchase through links on our site, we may earn an affiliate commission.
Home Fashion Celebrity Single Mom Laura Dern
Share
Facebook
Twitter
Pinterest
WhatsApp 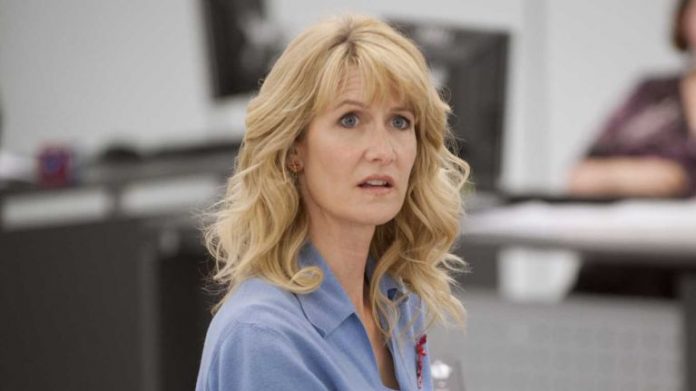 How Laura Dern Became More Ambitious After Being a Single Mom?

Laura Dern is a popular American actress who has received a number of accolades during her acting career. Recipient of multiple Golden Globe Awards, an Emmy Award and of Oscar nominations, Laura works as an activist for raising awareness about toxic substances affection the health of children. In a recent she talked about her range of ambitions throughout her career.

Laura reveals how ‘ambition’ was a dirty word for women when she was a little girl. Back then, ambitious women were said to be cold, unsexy and cold. She said that she saw powerful women becoming artists or doctors but weren’t in corporate board meetings. Additionally was told that serious actresses didn’t make money and that’s something she should adopt if she wanted to become a quality actress.

While being nominated for an Oscar in 1992 along with her mother, Laura reveals that after being offered a high-fashion campaign for hair, an agent told her that when it came to business, men could do it but women who were selling things were basically ‘whoring out’. In short, businesswomen were categorized as ‘whores’.

Laura says that the culture was such that producing movies was a man’s job and women were highly discouraged in doing the same. According to Laura, they were told to stick to what they know. Even with all these situations, Laura came out normal because she surrounds herself with like-minded people. She believes that it is normal to be complicated because everyone is and people shouldn’t be scared of hiding this truth.

One of the fascinating things Laura is that she believes that she could be cynical about business, politics or the environment but the one thing that she can never be unsure about is love. She says that the learning curve as a mother helps her enjoy the fact that she loves her children so much. Laura has two children, the son Ellery is 17 and the daughter Jaya is 14. Her relationship with her children is quite a crystal as she doesn’t hide the fact from her that sometimes she really screws up things but that is perfectly normal. She says that she might try to hide from a lot of blames in her life but motherhood isn’t one.

The crux of the whole conversation is that for Laura Dern, it is the first time in her life that she is highly ambitious because of the fact that she is a single mom. Raising kids gave enough street credentials that she felt like she deserves the right to make money. Laura says that this particular moment is so freeing in her life because she isn’t chasing anyone to stay because after having many relationships, a marriage, it’s her amazing children that need her to hide herself from the world.

Laura admits that she loves being an actor as she is really fond of films, documentaries and other art forms like narratives storytelling, etc. She says that she as lucky to get many opportunities to do what she loved and now hopefully, she can be one of those who can help others achieve the same. She believes that her voice does matter now.

Now all this is not an easy task as she is still learning from her mother as she does it with much grace. Reminding us of a recent story, Laura said that how her mother assisted a talent play actress when after her excellent performance, she got a call from a filmmaker. The filmmaker sent her the script but Laura’s mom didn’t want her to go alone there and she readily became her manager.

Laura says that it becomes important to educate the new generation from the things they had learned during their times. It is very necessary that new actresses are strong enough to know what is right for them but the process needs a guiding counsel like them.

In the end, Laura says that it is important to give yourself a self-care without confusing it with being selfish. It has more to do with compassion than anything else.