Notice: The page may contain affiliate links. Trendinbuzz is supported by its audience. When you purchase through links on our site, we may earn an affiliate commission.
Home Travel Popular Travel Destinations Northern Lights – The Magical Show
Share
Facebook
Twitter
Pinterest
WhatsApp

Northern Lights – The Magical Show in the Sky

Northern lights got its name way back in 17th century when Galileo named them as aurora borealis. The name has its roots in Latin history where Aurora is the name of Roman goddess of dawn and the second half of the name, i.e. Borealis means northern, therefore it translates to Dawn of the North. The same lights when seen around the South Pole in the Antarctic region are known as aurora Australis or Dawn of the South.

The Formation of Northern Lights (Aurora)

The reason why northern lights are formed is because these are basically the solar flare that can be seen from the Earth at certain points. The aurora shows their appearance in the polar areas due to the fact that the magnetic field of the earth is comparatively weak there and is unable to protect the planet from the flares of the sun.

Although Auroras appear directly overhead when seen within the Arctic Circle, they illuminate the pole ward horizon when seen from a farther distance. Usually these northern lights are seen in red, green and blue colors. These auroras resemble the figure of fire and if he look down in the history there was a Roman Emperor Tiberius who actually though that a city was on fire. He then sent fire fighters to the city to tackle the fire, when in reality the scene was a backdrop of a red coloured aurora.

The Aurora phenomenon occurs in?

The majestic northern lights can be viewed and enjoy from Iceland, Finland, Sweden, Norway, Greenland, Alaska, Canada and Russia. Contrary to these, the southern counterpart can just be seen from the ANZ region that is Australia and New Zealand. Some of these can be a cheap travel destination if you find the correct travel packages to these amazing places. The interesting thing about Aurora is that although they can occur at any time of the day, they are visible only at night since they cannot be seen in broad daylight. If you are wandering to see this view, it is advised that you make your travel plans during the winters.

If you think that only you are the lucky ones to witness this magical display from Earth, then you are wrong. Other planets like Jupiter, Saturn and Mars have also observed Auroras since they have their magnetic fields as well.

The strength of aurora is measured in Kp index system. The scale is from zero to nine, where 0 is the weakest while 9 is a major geomagnetic storm with strong visibility of auroras. The strength helps in identifying the visibility of these lights in many parts of the earth. We can give you an example, like in Norway, the strength of aurora visibility is of Kp zero, while in France and in northern Spain, Kp of 9 is needed to view the northern lights. Going down in the south, a Kp of 5 is required to see the aurora in New Zealand and Australia’s island state Tasmania. Having said, Tromso in Norway is the top most destination for anyone who wants to experience the northern lights.

Do you wish to see the Northern Lights as well?

Like we have already mentioned Tromso, it is undoubtedly the best place to see the aurora activity. In addition to seeing this incredible phenomenon of lights, you can go whale watching, dog sledding, hiking and other road trips. Although having said all the things before, being at the correct location doesn’t guarantee the sighting of auroras either. The things you need to take care are as follows: First, you need to go out of the city to reduce the hindrance caused by the artificial lights. Secondly, the fortune needs to favour you with a cloudless sky and lastly, the aurora activity has to occur that day. The peak hours are near the midnight, from 11 pm to 2 am but the same has been seen around 8 and 9 pm as well. So, we believe that in addition to the preparation, the luck plays a big role as well.

Just pack your bags and look for the vacation packages that take you to one of these awesome places witness the magical show in the sky. 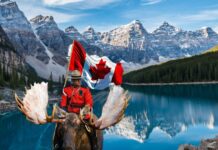 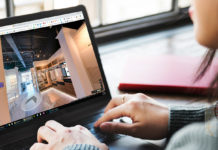 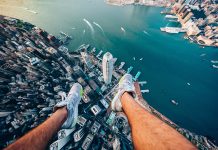 The Complete Guide To Backpack Travel To Central America!

The Best Hot Spring Destinations In Japan – The Complete Guide

6 Incredible things to do in Singapore’s Changi Airport