Notice: The page may contain affiliate links. Trendinbuzz is supported by its audience. When you purchase through links on our site, we may earn an affiliate commission.
Home Fashion Celebrity Most Powerful Women Who fought Out Loud?
Share
Facebook
Twitter
Pinterest
WhatsApp 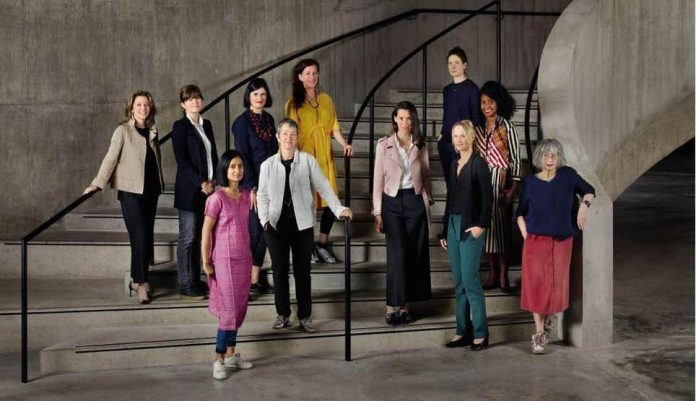 Do you know about these powerful women who fought wage equality issue out loud?

Wage inequality has been a major issue since time but it has only been recently when some of the most powerful women, particularly in industry, came forward to fight against it. There has been a long debate that how one gender gets paid more than the other when practically both of them have been doing the same job. The work standards are similar, the time they give same, the efforts are no less, so why this gap in the compensation for their work?

While the battle is on and rightly so, we have created a list of some of the most powerful women in industry who made their concerns vocal and voices heard when it came to the unfair gap between wages of men and women. Let us have a look at the list and the women we are talking about.

The Academy-winning actress was recently heard sharing her concern about the sexist wage gap in Hollywood. Natalie featured with Ashton Kutcher in 2011 romantic comedy No Strings Attached and according to the actress, her male counterpart received as much as three times of her salary for his work in the movie.

She said that since they (actors) are already paid pretty handsome salary and can’t really complain the same but the difference between an actor and actresses’ wage is quite alarming. She went on saying that generally women earn 80 cents to men’s 1 dollar in the country but it comes down to a mere 30 cents when the same is compared in the Hollywood. That, according to the actress is a clear issue for major concern about women having lesser opportunity to grow and compete with the other gender.

The star from The X-Files claimed that her co-star David Duchovny was getting the double of her salary for the show. This was in context to the series return slated in 2016. The actress publicly voiced her concern and it is only after that that she got equally paid afterwards.

Jennifer Lawrence is a name that can be easily heard in every household. The Academy award winner raised some genuine eyebrows with her letter “Jennifer Lawrence: ‘Why Do I Make Less Than My Male CoStars?” in October 2015. As expected, the voice didn’t go unheard and she got the deserving benefit of the same. According to reports, Lawrence was reportedly paid $20 million as compared to Chris Pratt’s $12 million for their work in the movie Passenger.

Jessica Chastain wasn’t in mood to be taken lightly when she said: “I’m not taking jobs anymore where I’m getting paid a quarter of what the male co-star is being paid. I’m not allowing that in my life”. She said that the old-fashioned wage gap problem still exists in a big way in the industry and she has no intention to play it down. She said that she turned down something huge but the sole reason behind that was the respect she couldn’t find in terms of wages both gender receive. According to her, the studios should realize the fault and be able to compensate the actors and actresses equally.

Her popular stand on wage equality came forward when she asked the producers of the Snow White and the Huntsman to pay her equally for the sequel in line with what Chris Hemsworth was getting. Reportedly, the Oscar-winning actress got $10 million for the same after her concern and voicing on the matter.

As if House of Cards didn’t have its fair share of controversy, the leading leady Robin Wright reportedly threatened to go public over her wage concern in the show. According to her, she was receiving an estimated $80,000 less per episode than Kevin Spacey. She was later offered a truce and got equal payments as her male counterpart of the show

Emmy Rossum was the leading actress in the hit comedy drama Shameless but wasn’t happy with the wage gap in it. According to her, she felt that the less prominent male actors of the show was receiving higher wage than her with was unacceptable to the actress. She was set to leave the show for the eight until her concern was address and she got what she demanded and deserved.