Once again the voice of the US has United against the topic of Racism. Because of the incident that took place on 25th May in Minneapolis in which some police officers pinned down the unarmed black man named George Floyd.

Who was George Floyd and why he was arrested?

George Floyd was 46 years old security guard who worked in a club in US city of Minneapolis. That day, Mr. Floyd was arrested after he allegedly tried to use a fake $20 bill at a corner shop on Monday night, and police claim that he was “under the influence” in the driver’s seat of a car as he “physically resisted” the arrest after he was told to exit the car. Then a white police officer named Mr. Derek Chauvin went on to restrain Mr. Floyd, and kneeled on his neck for at least seven minutes despite he was gasping for breath and was repeatedly saying “I can’t breathe”. The officer remained in that position even after Floyd became unconscious. He was then taken to a hospital, where he was pronounced dead by the doctors.
In the meantime, people who were present there recorded the incident and put it live on social media.

After the crime, Minneapolis Mayor Jacob Frey said that “Being black in America should not be the death sentence. For five minutes, we watched a white officer press his knee into the black man’s neck… When you hear someone calling for help, you’re supposed to help. These officers failed the most basic, human sense.”

The protest broke violently on Sunday when protestors and the police got engaged. There was also news of looting. Then after some time news came from Las Vegas police mean getting shot. A separately unarmed man was shot by the police in the region. Then there was news of the collision of police and protestors. Meanwhile, protestors also put fire to the St. John’s Church. After that curfew was imposed in several states of the United States.

After watching America burn America’s president came to the picture and told that He would deploy military if State officials are unable to bring the situation of protest to normal. He also added that there will be shooting for looting. 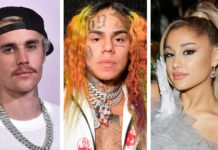 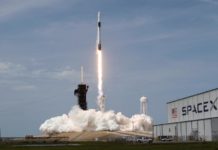